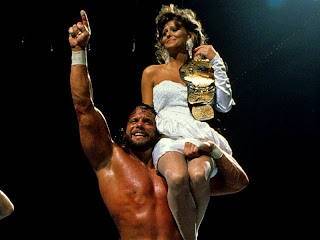 Over the next couple days and weeks, we are going to take you into the madness. With the loss of one of the greatest things to ever exist on the planet, Macho Man Randy Savage, the Wisdom will focus on the Madness. There will be a special Savagecast in the next couple of weeks, and it shall be epic. Although we rarely mentioned him on the show, as we never though we could do him justice, the Wisdom are some of the biggest Savage connoisseurs on the planet. For now, we shall begin with a collection of the “cream of the crop” of Savage interview with brief analysis. If there is one thing we know, it’s Savage videos. So, with no delay:

Here, we see the famous “cream of the crop interview,” perhaps the greatest use of a prop in the history of mankind. When I find the full video, I will post it. I think he whips out about 7 creamers in 2 minutes. Nice.

He always had to keep the hardware polished. And by “he” I mean Elizabeth, and by “hardware” I mean . . .

This may be the greatest interview he ever did. Still early in his career. He goes into some dark places. Deserves an oscasr.
0:16 – “situations develop man” – Yes, they certainly do Randy.
1:23 – “you put me against the wall man” – Rock bottom, Randy.
1:44 – “’cause last night, I stared at a candle for about two hours” – Okay, wow, that’s intense. Maybe the most insane moment of his career. We need to photoshop recreate that moment. Just him and a candle. Dig it.
2:48 – “all you did was kick a lion in the back” – Oh, it is on, someone is going to get an elbow drop.
2:57 – Just in case you don’t know his name, he let’s you see his sweet jacket. What we would give to have that. . . .
The ending is special too, he decides when it is over – “take me off the air!” – this would be a reoccurring theme of his interviews for decades, the madness gets to deep, and he must stop.

Now, this is something special. He really makes no sense here. Indeed, he has reach the pinnacle of Madness. It’s a beautiful thing. He grasps geometry. Sings hit songs. Explains space and long lonely highways. Addresses the videoscope. Drops about fifty rhymes. Hits up hypnotism and reincarnation in the same sentence. Telepathy. He also, doesn’t seem to care where the camera is. He can’t sing, he can’t dance, but he can make romance. Then he starts talking about going left, and right, and over a bridge, for light years. Straight to the top! Pure MADNESS. NO MORE QUESTIONS!!!!

Perhaps the most beautiful phrase and most delicate use of a prop. “Cup of coffee in the big time.” Amen. When Trevor releases his solo acoustic album, you can guarantee it will be called “Cup of Coffee in the Big Time.” Look at how he holds that cup. So proper. The only thing better is when his giant hands delicately grasp the tiny “Bob Barker” microphones. Priceless. The last 5 seconds are deep. He gets so into it, he just has to exit.

Sometimes, they didn’t really have a plan for interviews . . . .

Seconds before an epic match. He is fired up. “You can’t be with me, no. History beckons the Macho Man!” Indeed. Such talent. You will be missed. 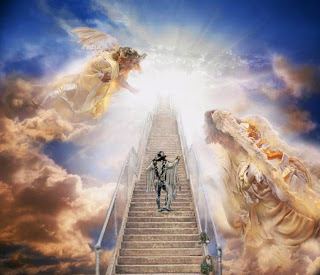 More videos and analysis to come soon. Special Savagecast in the works.

2 thoughts on “STEP INTO THE MADNESS”